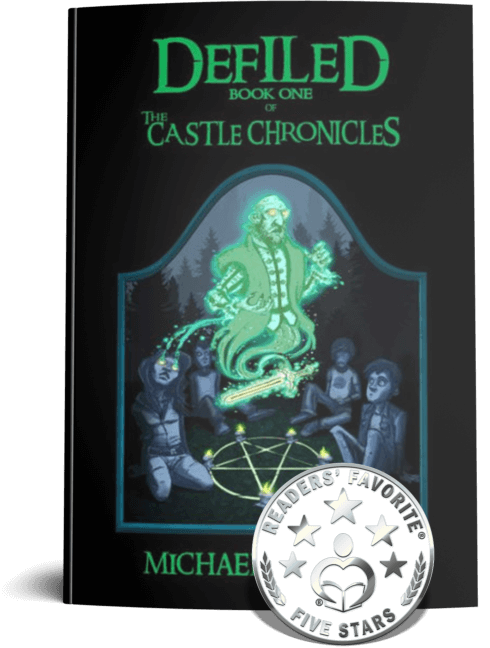 From an early age Mark Castle has possessed abilities like very few others. He can see auras, speak to animals, and make people do things with a mere thought. From the onset of these Gifts, Mark's been having strange, vivid dreams. He dreams of a beautiful young woman floating in front of him, just out of his reach. And each time he sees her, she asks for the same thing. She begs for him to find her and release her from her torment. In a quest to help the mysterious girl, Mark and his high school friends - Shane and Doug - contact the Netherworld and meet a spirit guide that claims he can help. Is their spirit guide on the level? Is he really who he claims to be? Or, will Mark and his friends become trapped like the girl – suffering in the Netherworld for all eternity? "Defiled" is the first novel in the Castle Chronicles. A series that follows the life - and afterlife - of Mark Castle as he comes to grips with his fantastic powers, and his extraordinary ability to contact beings from the Netherworld.

"In Mark Castle, Vassel has created an adolescent anti-hero perfectly in step with the interests of 21st-century young adult readers. Young readers will no doubt see themselves in Mark Castle and his band of buddies, and the camaraderie of the coven will appeal to teens who are curious about life outside of the mainstream. Defiled casts a spell that will enchant readers of all ages."

Defiled is a gripping and interesting young adult fantasy with some great characters. Mystery, intrigue, and magic combine to create a well-paced and fun read that will entertain from the first page to the last."

"Defiled is a delightfully creepy work of young adult fantasy and horror ... Irreverent, spooky and very, very fun, Defiled is certain to be enjoyed by all lovers of playful macabre fantasy tales, mysteries and spine-tingling stories. A fantastic start to what promises to be a really exciting and enjoyable young adult series, and I would highly recommend it to all fans of pop horror and slightly more grown up Scooby Doo mystery fun."