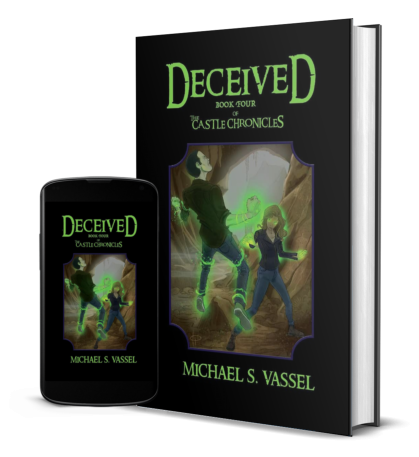 At first, Shane's request seems simple. "Be a judge in the Nabukur. Help guide souls to their final rest in the Irkalla."

Feeling he has no other choice in the matter, a newly deceased Mark agrees to help his friend and accepts the offered position.

Although it takes a while to get used to his new occupation, Mark eventually believes he's made the right decision. He likes being able to help souls find their intended afterlife. And, more importantly, he likes being thought of as the good guy for once.

Unfortunately, that all ends when a malicious spirit escapes the Netherworld and reenters the mortal realm.

Told he's the only one that can retrieve the fugitive soul, Mark reluctantly returns to the world of the living. Taking up his former job – that of a supernatural hitman – he immediately begins the task of tracking down the malevolent specter in hopes of sending it back to Hell.

Can he locate and expel the soul-stealing creature? Or will Mark Castle be the next victim of the power-hungry witch?

She then turned and gestured to the person at the far right of the dais.
“And this is …”
“David,” I interru1pted, holding up a hand to the man.
I pointed at the person next to David. “And Tommi.”
They nodded and gave a little bow.
I pointed to the next. “And Miranda.”
Miranda gave me a warm smile. After returning one, I continued down the line.

“And Barbara … and Koly … and Kaiya,” I remarked triumphantly. Each gave me a bow, or nod, or wink as their name was stated aloud.

That’s when I got it, what Tal wanted to point out to me. The reason it knew what I was going to say. That place – the Nabukur – somehow linked us all together. All the Nabulu and, presumably, all the Daku. We were all connected by the power within this realm.
----------------------------------------------------------
Miranda placed her hand on the wall, then stepped into the opening.
“McGinty’s … I’ll see you there in a few.”
Before either of us could reply, Miranda reached out, grabbed my collar, then pulled me into a deep kiss. Releasing me, she pushed me away slightly. A split second later the wall closed. And just like that, she was gone. I stood there, in a stupor, for what seemed like a full minute. Sarah’s voice nudged me back to the moment.

“You ready, sexy man?” she smirked. Her comment, and her look, made me cringe.

Before I could protest or, better yet, try to explain what’d happened, she placed her hand on the wall, and it disappeared. A moment after stepping inside the enclosure, we walked into an Irish pub.
----------------------------------------------------------
Time slowed as the bullet left the end of the muzzle, dragging out the horror in front of me. As the bullet inched closer and closer to the soon-to-be victim, I could see terror well in the man’s eyes. And I could tell that, although the bullet’s approach may’ve been slowed, his thoughts were anything but. It was as if he was trapped – frozen in place – unable to move. I saw his eyes dart around as if looking for a way out. Yet I could tell he knew none was to be had.

Five inches. Three inches. One inch. The bullet closed the gap between pistol and victim at a snail’s pace.

A moment later the bullet was gone, replaced by the victim’s slow scream; a high-pitched howl that turned into a gurgle as the bullet slowly drilled its way through the man’s eye socket, then into his brain.

In any other series, the death of the protagonist would bring about the end of the saga. Not so here as Michael S. Vassel's rich and well-established worldbuilding provides plenty more adventures for his hero to have. Mark's new perspective isn't wasted when Deceived shifts gears into the more familiar hunt for a supernatural entity, and fans of the series will be delighted by the freshness that this latest installment brings to the table.

The 4th book takes you on a witch hunt, explores life in the netherworld, puts a friendship in question and throws in some new familiars. Nothing disappointing here. If you've enjoyed Mark Castle's story so far, you will definitely enjoy this latest installment.

Very few paranormal novels excite me anymore. With one too many paranormal romance novels in the market, it is very hard to find a genuine novel that follows the genre to the "t." Deceived exceeded all of my expectations, and let me tell you, I had very high hopes for this novel. Michael S. Vassel kept the mystery alive until the very last moment. This novel is perfection to the very last word!