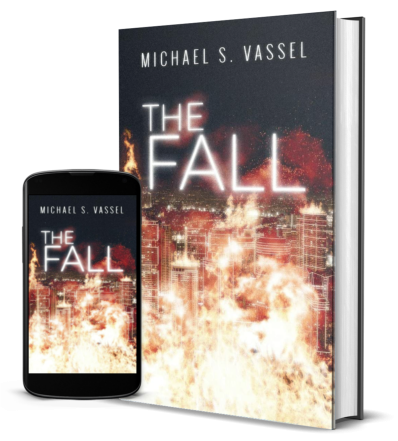 It's been more than a year since the Earth saw its last pandemic, yet things still aren't right in the world. Human births have slowed to a virtual crawl, and birds – along with most large mammals – are becoming extinct at an alarming rate.

In addition to these odd happenings, people all over the globe are starting to act strange … as if their personalities have been changed. Some of these altered individuals go into wild tirades trying to destroy everything around them. Whereas others … others affected by this alteration simply curl up in place and die.

Seeing society crumble all around them, Paul and his wife, Lorie, leave their Northeast Ohio home in search of the two things they need the most: power … and normal people. People, like themselves, unaffected by the bizarre affliction that seems to be killing off everything and everyone.

Paul eventually realizes they have only one option: If they want to live, they'll need to keep moving. They need to get on the road and try to find a place unaffected by this mysterious malady.

A bizarre affliction some have started calling ... The Surge.

The worst part about this disturbing sight, if I was made to choose one, were its eyes – the protruding lidless eyes. Drawn wide and covered with a milky white sheen, they looked upon nothing, and yet maybe saw everything. Once though, those eyes had seen nothing but the world as new. Now though … now they were only bleak reminders of a creature that used to be.

As I sat there feeling low – probably the lowest I’d ever felt in my life – a sudden burst of wind came along. Carried in it was the scent of saltwater. The moment I smelled it, I turned to meet it. I fully intended to let it carry me away to where all the others had gone. That is until a handful of sand brushed up by this same salty wind rose and smacked me squarely in the face.

“Hey! Hey man! How ya doin’?” came a voice from behind. Shocked and thrown off by what’d happened in Orlando, I quickly turned, fumbling to grab my gun from its holster. “Whoa, man!” the guy said, stopping his approach and raising his hands. “I’m cool, man! I’m cool!” “Who … who are you?” I blurted, the gun noticeably shaking in my grip. “My name’s Jeremy … but you can call me JC if you want. I’m seriously good with whatever, though. If you can’t choose, just make it JC. But I really don’t care either way. It’s just so … so good to see another person, ya know!?” Hearing his blunt, almost too jovial of a response, I asked the first thing that came to mind. “You aren’t one of the Crazies, are you?” JC let out a huge laugh. “What, me? No, man.” Then he said something that convinced me of that fact. Under his breath he said, “Jeez man, I know the sun set, but would I even be talking to you right now if I was?”

It's fascinating and eerie and at the same time how the post-apocalyptic concept of THE FALL reflects the world's current situation. It's easy to relate to the protagonist and narrator, Paul Davidson, as his opinion and approach when it comes to dealing with a difficult reality is logical. As chaos and doom intensify in a major battle of survival, fans of the genre will be entertained by the memorable characters.

One of the creepiest, most unsettling books I’ve read in a while. From the very beginning, it felt like doom was hanging over the main character & his wife. I read the entire book in two days & felt vaguely nervous and ill at ease the entire time. The characters were believable and likable. I’ve read everything the author has written & have never been disappointed.

Michael S. Vassel crafts an engaging story with strong and believable characters, a setting that builds on the experience that contemporary readers have been through, and a plot that is twisty and suspenseful. It is filled with humanity and realism, a tale that is never lacking in pathos. The Fall is a tale of survival and grit, a high-speed story with emotionally rich characters and plausible detail.