“I didn’t know what I was thinking,” you started. “I was just scared that we were getting too close . . . maybe. I don’t even know,” you said, starting to cry a little more. “All I know is, when you didn’t text back Saturday night, it scared me that I might never talk to you again.”

“I’m sorry. I was in a movie when you sent the text, and by the time I got out, it was late and didn’t want to disturb you.”

“I’m sorry. Can you forgive me?” you asked, dabbing at your eyes again.

I pulled you in close to hug you, my head resting on your shoulder. “Amy, I love you. There’s nothing to forgive. I want you in my life, always.”

With that, you hugged back hard and wept. When your crying slowed, I turned my head slightly so I could kiss your cheek. I tasted the warm, salty tears that had made their way down your face. I then moved to your other cheek and kissed it, wanting to kiss all the tears away.

As we watched TV, I could feel her moving closer to me. I wasn’t totally sure what to do at first. I eventually went for broke and put my arm around her. With that, she nuzzled into my arm, and before I knew it, we were kissing. She tasted sweet, as if she had been just eating my favorite candy. We kissed hard for several minutes. Mary was almost as aggressive as June had been that time in her room.

“How the hell can you do this to me?” she roared through gritted teeth.

As I looked down, I noticed her clenched hands and, more importantly, her right hand, which had something pointy in it. Could it be?

Yes it was. It was a butter knife. 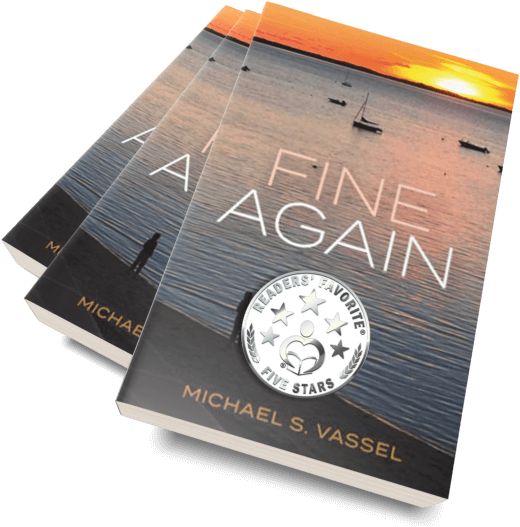 I blinked once or twice to clear my vision and focused on Shane. He, too, was stirring as if waking from a dream. I watched as he shook his head a little then glared at me in disbelief.

“What ... what did you do?” he asked accusatorially.

“Something happened. I felt ... something. Like something was happening. And you ... you stopped it!”

Staring at Shane, my vision suddenly changed. I could now see his aura - his power. I could see how it boiled and raged and screamed to be released. And, not only could I see it, I could also feel it. I could feel the energy twist and turn in him as it looked for a way to get out.

At first I couldn’t find anything. The area in front of me felt like an empty bowl filled with nothing but air. But then, unexpectedly, I felt something brush by mind like a cloth gently touching the back of your hand. When it touched me – or I touched it – I instantly felt a sensation of wrongness. A corporeal contact as if my mind was touching stinging bees or course sandpaper. A wrongness that prickled my senses as the blackness flowed from the circle.

I was used to sensing emotions, feeling the waves of anxiety or pain or happiness as they touched the air outside of one’s consciousness. This felt like just the opposite of those things. 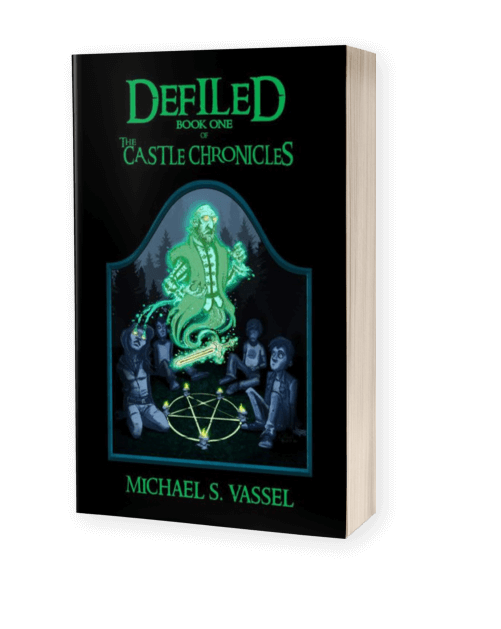 By the time I reach the top of the steps, my heart is pounding. This is partly due to the alcohol, and partly from the rush of adrenaline speeding through my veins. I tell myself this is stupid, that there’s nobody here. Hell, there hasn’t been another person in this house besides me for months. But it’s nighttime, and this is the west side of Cleveland. Anything could happen.

I sit that way for a few minutes - in the dark. The only illumination is the glow of the dash and its reflection off the walls. I sit there remembering her. Driving with her on vacation or trips to the store. Going to see friends and family. Driving to a secluded spot near the lake to watch the sunset. All the things that we did together. I would do anything to have that back right now. Then a random thought enters my mind.

It would be so easy.

It would be so easy to just start the motor. I have her key fob on me, in my jacket pocket. Sit here in the closed garage. Sit and wait as the air around me fills with fumes and slowly takes me away. I wouldn’t feel any pain. I would just fall asleep and drift off to be with her.

Shrugging, I turn again to face the window.

A face – broken and mangled – now looms in the window. The figure’s flesh has peeled away, and its long tangled hair – matted with dark dirt and blood – obscures its aspects. All the features are hidden except for one thing. A single eye that meets my gaze.

Without warning, the face – now attached to a form – is through the window. It stands two feet in front of me, glaring at me as I stare back.

I open my mouth to ask it what it is – who she is – when the specter lunges forward, grasping me by my arms. Face to face now, I can now see its mouth. A mouth that abruptly opens and starts to scream. 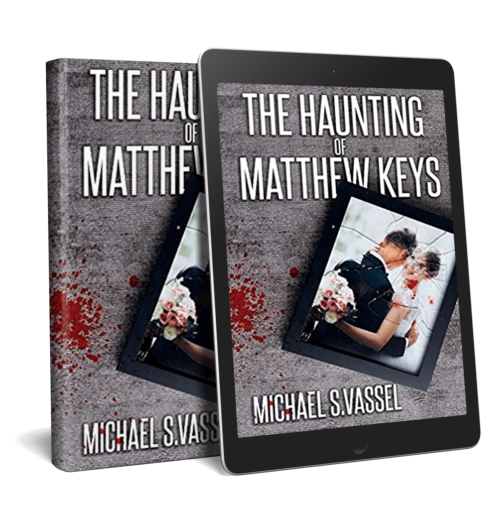 When he spoke the words imprisoned for life, I felt the blood drain from my face. After all the laws and penalties the Drill Instructors crammed into my head in Basic and PLDC, the words court martial alone made me want to run and hide.

Sensing my dread, he turned towards me. “But I trust that will not happen. Both of you would not have been chosen for this if I had any doubts about your discretion. I assume I’m correct in my trust in you.”

“Yes, sir. I mean, no, sir. I won’t say anything to anyone,” I blurted nervously as I looked between the Colonel and LT.

As soon as Martinez was within striking distance, Gabriel withdrew a large blade from his waistband and slashed Martinez in the neck.

A fountain of blood sprayed from the wound, covering one of the glass doors in a fine red sheen. Martinez, in an act of pure survival, dropped to the ground and quickly pressed his hand against the gaping wound.

“¡liberen a mi padre!” Gabriel exclaimed as he backed himself and the Colonel into the wall.

Although sickened by the sight, I found the nerve to reach over and touch him. I hoped to find a pulse. Gripping his wrist, I felt for any twitch, any throb, anything that would tell me I wasn’t alone.

As if struck by lightning, Bob’s hand shot out and grabbed my sleeve. I tried to jump away at the unexpected movement, but his grip was unbreakable. As I struggled for release, he slowly dragged forward until we were face to face. Bob’s remaining eye – filled with pain and horror seemed to look through me – through my soul. 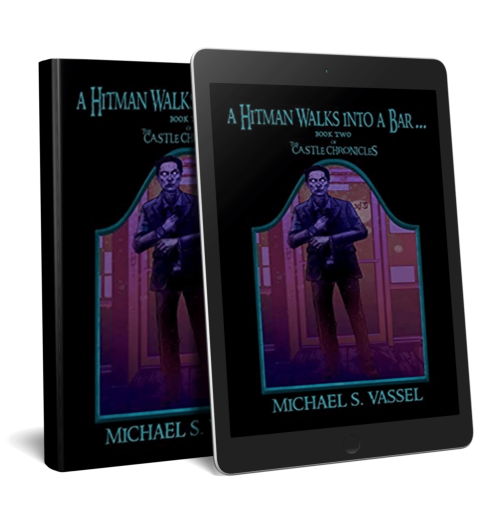 “How the hell …” Newbie yelled but stopped the moment we made eye contact. Grinning, I turned away and continued my masterpiece.

“God dammit! I just fucking cleaned that spot!” he yelled, rising to his feet and stomping towards me. When he was within five feet or so, I stopped the custard machine momentarily, moved ten feet further away, then restarted.

“Stop that!” Newbie yelled, and I could see the fire in his eyes. It was just the reaction I was expecting.

Stepping over my “unappreciated gift,” he started after me, hoping to catch me before I could do more damage. Again though, when he was within about five feet of me, I stopped my arch and took off running.

Said “lead” came a moment later. Confused by Bob’s sudden show of concern, Perry dropped his guard ever so slightly. He lowered the gun from under his chin, moving the barrel to the side. Bob, seeing this change, lunged forward, pushing away from me and throwing his body weight into Perry.

At the force of the impact, the gun went off, the bullet flying wide and away from us. Bringing his arm up in a fluid motion – something I assumed he’d learned in his martial arts training – Bob connected with Perry’s wrist, knocking the gun free.

As the weapon dropped, I made my move. Snatching the gun midair, I twisted to face the two guards. Before my body hit the ground, I was able to squeeze off two rounds. Each of these found their marks. Both guards were dead or dying as my back smacked into the dirt.

“I don’t know who you are, but you need to leave!” he shouted.

“I’m not leaving until I have an answer!” I shouted back. He looked at me, stunned.

“Leave now, or I’m calling the police!” he replied.

It was about then that I knew he wasn’t going to stop.

Ben moved suddenly, trying to quickly skirt around me to get to his cell. Although he was fast, I was faster. In one motion, I latched onto his shoulder with my left hand and lifted the hammer with my right. He literally didn’t know what hit him as the claws of the hammer sunk deep into his forehead. 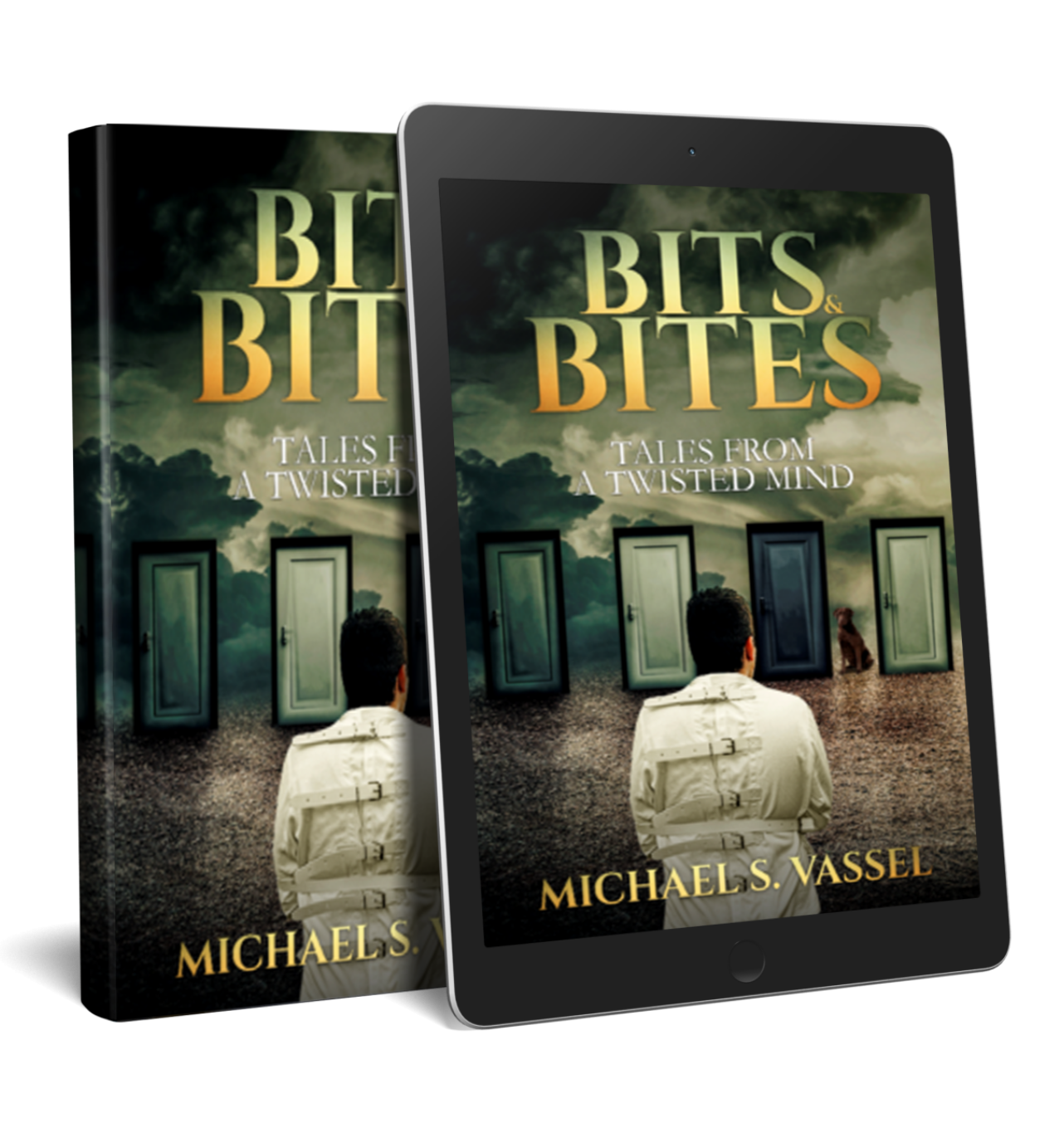 “I am afraid I do not have time to answer them,” Colat replied. As the last word left its lips, I saw the creature – and its traveling companion – blur as if I was looking at them through a pane of leaded glass.

Unable to stop it, I shouted out one more question. “Colat! Can you tell me where to find this thing?”

As the blur of black mist dissipated, I heard a quavering and fading voice say, “It, and its companions, can be found in your western deserts.”

Looking toward me with soulless eyes – his face mere inches away from mine – he suddenly let out a blood curdling scream.

Although I was twenty-eight years old and had seen and caused death many times, at that moment I felt like a small child. I knew that I’d lost a part of me that day. A better part. A stronger part. A part that I knew I’d never get back. 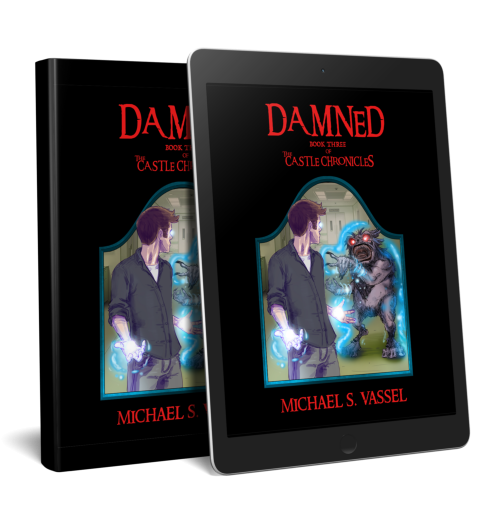